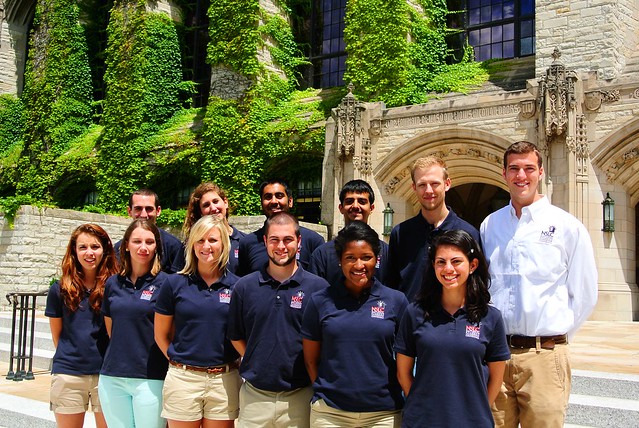 Dan Solar: Dan is a graduate of the University of Maryland and will be attending the Doctor of Physical Therapy program at Drexel University in the fall.

Scott Buttliere: Born in Chicago, Scott attends Loyola University where he is a Biology/Pre-Med major.

Amy Bronick: Amy is currently studying Nursing at the University of Virginia. She attended NSLC for Medicine & Health Care as a student.

Martina Sieker: Martina attends the University of Central Florida where she majors in Biology with a minor in Spanish/Pre-dental.

Kendra VanSant: Kendra is a student of the University of Chicago and is studying Nursing.

Nedra Lucas: Nedra attends Northwestern, where she is currently studying Biological Sciences with a concentration in pre-medicine, and is also pursuing a minor in Anthropology

Wendy Perez: A Chicago Native, Wendy attends Northwestern with a major in Human Development and Psychological Services with a minor in Psychology. The Medicine and Healthcare students rocked their final presentations. We thank you all for your hard work and… The Social Impact & Community Engagement students had their final presentations today! Everyone had great ideas on how… The Architecture students had their final big day presentations today! They showed off their models and plans for…

For more information about our 2021 Programs please visit our main NSLC website at:
www.nslcleaders.org

This blog is contains photos and videos of our past summer programs. It is maintained June-August each summer for parents to see what their child is doing on campus.